I’m in Busteni, a small town in Romania nestled in the Prahova valley below the Carpathian Buchegi Mountains. I’m travelling with two my friends Dan and Debbie, also from the UK. We had come to Busteni from Bucharest, courtesy of a lift from Andrei, our Airbnb host who, accompanied by his 11 year old son Marius, drove us out to the mountains from city. We are staying for a weekend in Andrei’s family home, a picturesque mountain house owned by Andrei’s mother, a kind grandma-character who doesn’t speak a word of English. She dabbles in a bit of French however, mixed with her native Romanian. So, with the use of my remaining French skills, our rudimentary understanding of Romance languages, and plenty of hand gestures, we are able to communicate.

We’ve spent our time in Busteni hiking in the mountains that loom over the town. On our first day, we took the cable car up to the mountain plateau behind the peaks. The snowpack had begun to recede, but still covered the plateau as vast white bands stretching across the undulating terrain. It made for great sledging opportunities, though the lingering snow cover also added an extra challenge to our attempts at hiking. We learned this the previous day, when we trekked up a pass between two peaks and encountered a massive ice flow covering part of our train, and descending down the mountainside. One wrong step and the ice flow would become an impromptu slide down the mountain, to somewhere in the valley below. It was an un-nerving prospect that after some deliberation, lead us to turn around and journey back down to Busteni in a much slower (and safer) fashion.

After walking back into town from the mountains we encounter Andrei standing by his car with Marius in front of his mother’s house. He’s spent the weekend catching up with old friends around Busteni and has come to say bye to us before he drives back to Bucharest with Marius later in the evening. He tells us he is going to take his mother to visit his father’s grave before he drives home. The graveyard is on the outskirts of town a short car ride away.

“You’re welcome to come if you like” says Andrei, pointing to the seats in his car. “You can see a real Romanian graveyard!” he says laughing.

Andrei is friendlier than we expected our host to be. Not only did he drive us to Busteni from Bucharest at start of the weekend, but also he gave us many tips for hiking routes. He even spoke with some of the cable car workers on our first day to check it was running, and that we would be able get to the mountains. I get the idea that Andrei genuinely likes meeting travellers from different countries, and not just because of the occasional airbnb revenue. All the same, we try to be polite and not intrude on something so personal.

We reply that if the trip to Andrei’s father’s grave is mainly for his mother, he doesn’t need to worry about taking us with them. Andrei understands and nods but at that moment his mother comes out of the house, checking that Andrei is all ready to go. She asks after us and Andrei explains in both English and Romanian that we are not coming, but that answer doesn’t seem to land. Andrei’s mother looks at us and immediately gestures towards the car seats. It becomes clear to us that our oh-so British attempt at being polite is not going to work here in Busteni. We take up Andrei’s mother’s offer for us to go with her, Andrei, and Marius to the graveyard, and the six of us settle in, with Marius clambering into the boot, as Andrei starts the engine. 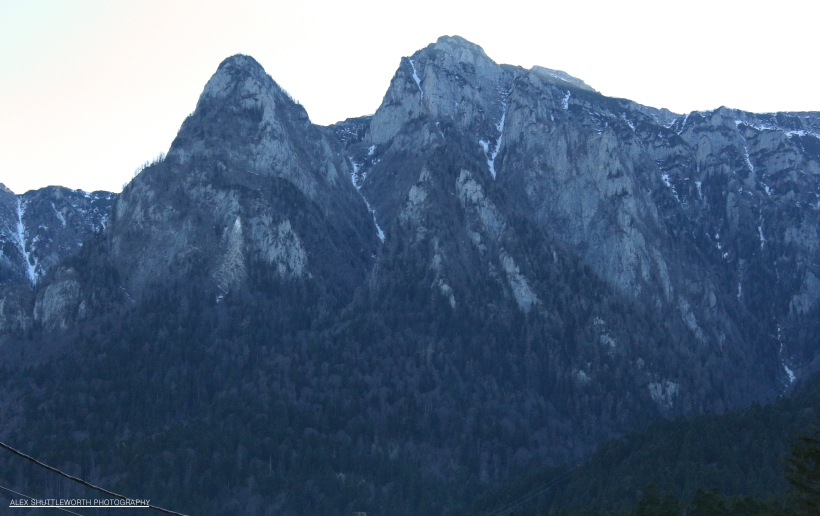 After 10 minutes of driving up the valley side above Busteni, we arrive at the town’s graveyard. It’s a sloped field covered by rows upon rows of stone gravestones of varying heights and shapes, overlooking the town’s turreted houses in the bottom of the valley. In a rare display of self-restraint on my part, I decide to not take any photos while we’re in the graveyard. It feels odd to break the quiet with the rapid sounds of a camera shutter closing. I also think it would be pretty disrespectful to Andrei’s family, and I actually do believe that some things are just meant to be experienced, not crammed into a camera screen.

Andrei looks at the cross and smiles. He tells us that his father was a ‘crazy character’, and when asked about funeral arrangements, he told Andrei to take any money for a cross and spend it on beer.

“My mother couldn’t have that though” Andrei adds, “and here we are now.”

Despite this, there’s no denying that the family cross and headstone holds a certain kind of beauty. In fact the whole graveyard is beautiful, if it’s possible to describe a graveyard as such without seeming macabre. The graves cover part of the slope running up from the bottom of the valley, with the setting sun behind the mountains standing in the background. The peaks are covered in a blue hue of the early evening, with only the snow-capped summit still cast in orange.

Andrei uses a lighter to light a small tea light candle, which Andrei’s mother takes and puts inside a metal lantern positioned in front of the headstone. The flame flickers in the breeze passing through the valley, but it holds steady in its metal casing, like a miniature version of the street lights in the town below.

Before we had come to Busteni, Dan, Debbie and I explored the old town area of Bucharest, where we came across an ornate little church perched on the corner of one of the old town’s cobbled streets. Behind the church was a small courtyard surrounded by terracotta roofing, and supported by multiple carved stone columns. At one side of the courtyard was a metal cabinet split into two sections, both containing several stick-candles positioned upright. A small grey-haired woman came out of the church and noticed our intrigue towards the cabinet.

She spoke as she gestured towards the left-hand section of the cabinet. “Alive”, she said first before moving her arm to the right-hand section, “and dead”.

Her soft-spoken, kind manner undermined her stark separation of life and death, but we got the message and bought three candles from her to light for the living.

In the graveyard at Busteni, with Andrei’s son Marius running around past his family’s memorial, I feel that same stark separation of the living and the dead. However it doesn’t feel overly sad or gloomy. Instead I feel lucky. Lucky, because I get to see the history of a place and of a family after only in a single weekend in Busteni. Lucky, because I have that history too. I have a family and friends that show where my origins are rooted. Members of the ‘living’ category that always tie me back to home, regardless of where I am.

I am not a particularly spiritual person, and if it’s possible to be raised atheist then that would be an apt description of my upbringing. But on that valley-side in Busteni, with blue Buchegi Mountains behind me, I learn that I like lighting candles on hallowed ground. If nothing else it gives me a moment to think about someone else’s life. Someone now gone or someone from the ‘alive’ category of candles, with an existence completely external to mine but also interlinked. I think about family back home, and Andrei’s who are so happy to share their lives with us.

Later that evening, Andrei and Marius say their goodbyes to us as they set off on the drive back down south to Bucharest. We watch them snake through the town, with the tail lights of Andrei’s car drifting off down the valley. 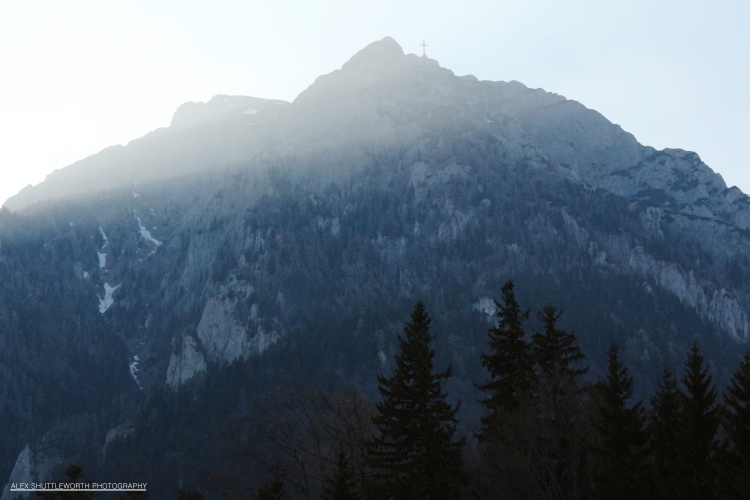 The Shrine below, Batu Caves, KL 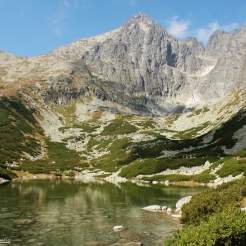